The Chamber of Furniture Industries of the Philippines’ (CFIP) celebrated its second year of the Trees for Life program by holding a tree planting activity in Brgy. Domoit, Lucena, Quezon Province. Uratex among other industry partners, together with the Department of Environment and Natural Resources (DENR) and Department of Trade Industry (DTI), were among those in attendance.

The program started with a welcome message from Chairwoman Erma C. Tabernilla of Brgy. Malao-a, Tayabas City. It was followed by an opening message by OIC-Provincial Director Julieta L. Tadiosa of DTI Quezon. CFIP President Arnulfo M. Milambiling also gave an overview regarding the Bamboo planting/growing activity and reminded everyone why the activity is important especially for the future generation.

National Greening Program Site Coordinator Hernan G. Merillo of the Provincial Environment and Natural Resources Office (PENRO) Quezon also gave an orientation on the DENR NGP program, as the venue for the event was a 120-hectare bamboo plantation cared for under the NGP. 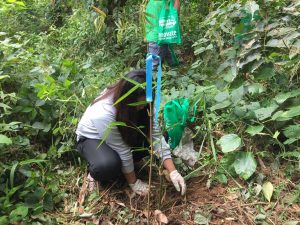 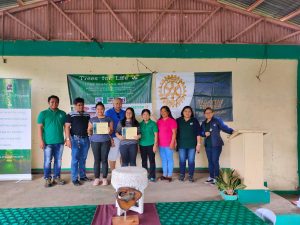 After the orientation and preparation, the participants were split into two groups to plant the bamboo stalks in two different sites from two sides of a hill. Both groups eventually met at the top and gathered for a photo opportunity. The participants slowly made their way back to the meeting place where they were given certificates for their participation. It was also there that Technical Services Division Chief, For. Oliver O. Olivo of DENR R4A PENRO Quezon gave his closing remarks and thanked everyone for a successful event.

For two years now, CFIP has been consistent in conducting an environmental conservation project with key organizations to encourage their members and partners to give back to mother nature. Uratex is a proud supporter of this project and more in the years to come.

Read more about our industry events and products updates.

We’d love to hear from you!

Get in touch with us regarding our products, services, and other inquiries.